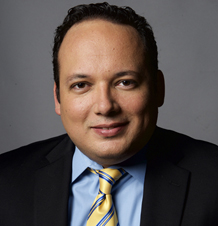 David de Sola is a journalist with previous experience working at CNN, 60 Minutes, and Reuters. His work has appeared in The Atlantic and the Huffington Post. He is also the author of Alice in Chains: The Untold Story. He holds degrees from Tufts University, the University of Southern California, and Georgetown University, and lives in Los Angeles. You can read his published writings here.

Political Wilderness was originally conceived during the final weeks of the 2016 election as a post-election blog about the Republican reconstruction, under the assumption (based on polling and other historical trends) that Donald Trump would lose the presidential election.  In other words, as the title implies, the focus would be on the party out of power. However, given the outcome of the November 8 election, the concept of the blog remains the same, but its focus will be redirected toward the Democrats. The election postponed this rebuilding process for the Republicans and accelerated it for the Democrats. Though they are no longer the focus, this does not mean that Republicans won’t be covered. They will be covered as fairly and accurately as possible.

This blog will focus on the Democratic Party’s efforts to rebuild and reinvent itself in the Trump presidency as the minority party, at the local, state, and national level, as well as emerging figures, upcoming elections, ballot initiatives, and other issues leading up to the 2020 presidential election and redistricting.