Republicans have lost the messaging war on President Trump’s tax cuts, according to an internal poll commissioned by the Republican National Committee obtained by Bloomberg. The Tax Cuts and Jobs Act, which slashed corporate tax rates, reduced individual rates, and eliminated or capped deductions, is considered by political observers and journalists as the signature legislative achievement of Donald Trump’s presidency so far.

One graph in the study includes the blunt header, “We’ve lost the messaging battle on the issue.” Data from the survey shows that most respondents think the law benefits “large corporations and rich Americans” over “middle class families” by a 61-30 margin. However, overall approval of the bill remains closely divided, 44-45.  This is close to the RealClearPolitics polling average measuring support for the bill: 39-42.

The two main arguments Republicans were expected to make in the home stretch of the campaign season this fall were the tax cuts and President Trump’s judicial nominees. Based on this internal poll as well as the recent allegations against Supreme Court nominee Brett Kavanaugh, it would appear that the two central arguments for continued Republican control of Congress are tainted at best.

If the tax cuts are polling this poorly in an internal Republican-commissioned poll less than two months before the election, it is highly unlikely that they will be able to reverse public opinion in the final six weeks of the campaign. 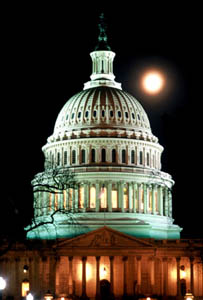 Because of the constitutional quirks of the Electoral College, Donald Trump was elected president because of approximately 80,000 voters in Michigan, Pennsylvania and Wisconsin. A newly released NBC News/Marist poll of two of those three states does not bode well for the president nearly two years before he runs for re-election.

In Michigan, the president’s approval rating is 36-54.

In Minnesota, the president’s approval rating is 38-51.

In Wisconsin, the president’s approval rating is 36-52.

In contrast, only about one third of voters in all three states say President Trump deserves re-election.

Besides House congressional races, all three states also have governor and U.S. Senate races as well. 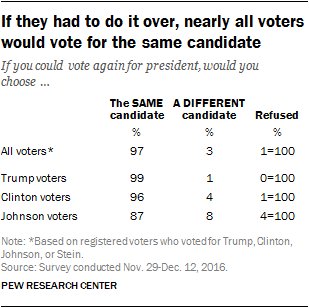 She hasn’t entered the race for Democratic National Committee chair yet, but NARAL Pro-Choice America president Ilyse Hogue is showing she is not afraid to use her organization’s muscle to keep Democrats in line. In response to reports that some Senate Democrats are considering agreeing with the Republican plan to dismantle Obamacare, Hogue issued this press release:

“NARAL has a clear message for Democratic lawmakers: If you support Republicans in their effort to dismantle the Affordable Care Act, NARAL, our one million member activists, and our PAC will not support you in 2018 or beyond.

“Republican leaders have made clear their only intention is to repeal the law. They do not have now, nor are they likely to ever have, a meaningful plan to ‘replace’ this historic expansion of Americans’ health care. Democrats should not play this game with them. Democrats fought hard to pass the law, and now millions of Americans are benefiting from those efforts. The law has expanded healthcare coverage for millions of people for the first time ever and guaranteed coverage of vital reproductive healthcare services like contraception, maternity care, and well-woman visits. That’s why most Americans want to fully implement or even expand the ACA and the benefits it has brought to families across the country.

“Democrats should not learn the wrong lessons from 2016. If they do, they will be without our support in 2018.”

The statement doesn’t mention any names, but the likely culprits are red state Senate Democrats who are up for reelection in 2018.  It will be interesting to see what kind of pressure this puts on the declared DNC chair candidates to take this position. All of them – with the possible exception of Keith Ellison in case he is not elected to the job and remains in the House – have the privilege of not having to vote for any Obamacare repeal or replacement proposals. It will also be interesting to see what kind of party discipline a threat like this can impose (or not).

Yes we did and yes we will. @NARAL #NotOneInch https://t.co/PiIlmRDJ3w

Eleven months out from the Virginia gubernatorial election, Democratic lieutenant governor Ralph Northam leads the four Republican candidates for the race in a new poll released by Quinnipiac University:

Gillespie – the former chairman of the Republican National Committee – leads the Republican field in large part from name recognition after his narrow loss to Mark Warner in the 2014 Virginia Senate race:

The majority of Republican voters – 57 percent – are undecided. It should also be noted that Wittman dropped out of the race last week.

Virginia governors approve of the job Governor Terry McAuliffe is doing 52-30. McAuliffe can’t run for reelection because Virginia state law limits governors to one term. Broken down into political demographics:

Virginia is a rare bright spot in the south for Democrats, and one of their big success stories over the past decade in state and presidential election cycles. Democrats currently hold all five statewide elected offices – governor, lieutenant governor, attorney general, and both U.S. Senate seats – in what had previously been a Republican-leaning state.

Rob Wittman – a House Republican who represents the Hampton Roads area of Virginia in Congress – announced he would not be a candidate for the Republican nomination in the Virginia gubernatorial race next year. He told the Richmond Times-Dispatch his reasons for staying in the House:

In an interview, Wittman said he decided to stay in Congress in part to ensure Virginia has representation on the House Armed Services Committee and its naval subcommittee, which oversees military programs of vital importance to the Hampton Roads region.

“I think the best place for me to serve right now is staying there in Congress,” Wittman said. “Especially now with an administration coming in that’s committed to rebuilding our military.”

Wittman had previously been considered a contender for Tim Kaine’s Senate seat in the event Kaine ascended to the vice presidency. With his exit from the race, the Republican field for 2017 as it stands now is former Republican National Committee chairman Ed Gillespie, Donald Trump’s former  Virginia campaign chairman Corey Stewart, and state Sen. Frank Wagner (R-Virginia Beach). Wittman declined to endorse any of them, saying “I respect and admire all three .”

In a statement, Democratic Party of Virginia Communications Director Emily Bolton said, “The anti-establishment electorate that voted for Donald Trump in the primary sent Wittman running for the hills. In fact, this race is so toxic that he refuses to endorse any of the candidates. By the time the primary rolls around, the Republican nominee will emerge a damaged candidate with empty pockets.”

Following in the footsteps of Senator Al Franken (D-Minn.), former Saturday Night Live star Joe Piscopo said he was seriously considering running for governor of New Jersey next year, a decision he would probably make in January.

“They just want to see change.  They want us to rip up Trenton inside out and backwards,” Piscopo is quoted as saying. The problem for Piscopo is he would run as a Republican, and Chris Christie has been governor since 2009. He still has another year left in office, but he is already a lame duck in large part because of Bridgegate.  Christie received a 19 percent approval rating in a new Quinnipiac University poll, the lowest of any governor in that poll’s history.  That kind of political environment would make it very difficult for any Republican to run.

According to the New Mexico Political Report, Senator Tom Udall will not run for governor in 2018:

“While I firmly believe that I have the backing and the experience to properly address all these issues, I have determined, after consulting with my family, colleagues and constituents, that New Mexico will be better served by my remaining in the United States Senate,” Udall said.

In his statement, Udall outlined the problems he sees in the state, including falling “behind in education and jobs” and failing “to take full advantage of our abundant natural resources and our potential for developing a renewable energy industry.”

Udall is up for re-election in the Senate in 2020.

Donald Trump chose Iowa governor Terry Branstad to be his ambassador to China, an offer that Branstad accepted.  The vacancy for Iowa’s chief executive would be filled by Lieutenant Governor Kim Reynolds until the 2018 election. Branstad – who was already the state’s longest serving governor – was up for reelection, but now Democrats will have the opportunity to run against Reynolds. This would give Democrats an opportunity to win another governorship, in a state Trump won by a slightly larger margin than Texas.

The Democratic Governors Association went through the opposition research on Reynolds and forwarded this Politico story mentioning her as a potential U.S. Senate candidate in 2014. Depending on the political and economic winds in two years, as well as candidate recruitment, this could be a good opportunity for Democrats to get a win.

Here are the reactions:

Congrats to @RoyCooperNC — your next Governor of North Carolina! pic.twitter.com/MmVrBU8Hk6